Welcome to England. After landing our driver would be waiting at arrivals to assist you before transferring you to your hotel. Once you have settled in and recovered from the journey you could spend the rest of the day having a look at the city. London is one of the oldest and historically important cities in the country with its origins dating back to the Roman times and is unusual in the fact that the Romans built London from scratch rather than build over an existing settlement. Within 10 years London had grown to become one of the largest cities in England, was sacked by Bodica in AD60, before being rebuilt soon after even bigger and better than before. Over the centuries many changes have taken place although signs of the Roman start can be found from Roman roads which are still in use to this day to long forgotten ruins which surface when the footings for new buildings are begun. In the evening you could enjoy dinner in one of the many top class restaurants in the city. Overnight at the hotel.

Once breakfast is over you would be able to enjoy a panoramic tour of the city to see all the wonderful sights it has to offer. The organised coach tour begins with a panoramic drive around Parliament Square to see the magnificent Westminster Abbey, where Prince William and Kate Middleton were married. Then it’s on to Kensington Palace, former home of Diana, Princess of Wales before seeing the Royal Albert Hall and the Albert Memorial. The tour then continues on to St James' Park and Buckingham Palace to see the colourful ceremony of the Changing of the Guard. Accompanied by a military band, a detachment of the Queen's Foot Guard march to Buckingham Palace to change places with the old guard. The tour finishes at Trafalgar Square at around 12.00 noon. After lunch (not included) you could then enjoy an afternoon in one of the largest open expanses in the city, Hyde Park which has some lovely places, next to the Serpentine, to sit and enjoy an ice cream (not included) as you watch the world go by. You could also visit the Princess Diana Memorial Fountain which can be found in the park which was built after the tragic death of the 20th century people’s princess. Overnight at the hotel.

This morning would be free to enjoy a late breakfast and give you time to relax. After lunch you could then join your afternoon tour taking you to have another look at the sights of the city as well as visit two of the most popular buildings. You would be able to enjoy a guided tour of Sir Christopher Wren's masterpiece - St Paul's Cathedral - crowned by the magnificent dome that is so much a part of the London skyline. The Cathedral was rebuilt after the Great Fire of London in 1666. In recent years it has seen the wedding of Charles, Prince of Wales, to Lady Diana Spencer and, most recently, the thanksgiving services for both the Golden Jubilee and 80th Birthday of Her Majesty the Queen. From St Paul’s your tour then continues on to the Tower of London where you will have the chance to see the history for yourselves. Founded by William the Conqueror in 1066-7 and enlarged by successive sovereigns, the Tower of London is one of the world's most famous and spectacular fortresses. Over the past 1000 years it has been a Royal Palace, an armoury and a place of imprisonment and execution. The Beefeaters who guard the Tower will regale you with stories of its past. You also visit the Crown Jewels, including the magnificent solid-gold crown used at the coronation of Queen Elizabeth II, the enormous Cullinan diamonds and the extraordinary Koh-i-Noor. Overnight at the hotel.

Today you do something a little out of the ordinary and visit some of London’s well known markets, many of which have been in existence for over a hundred years. You would be able to delve into the world of the real Londoners many of whom have worked the markets for generation handing stalls down through the families for decades. These are a treasure trove of tradition and were always a place for the inhabitants of London to buy everything they could possibly need from fruit, veg and meat to the famous fish and flower markets. You can see and try authentic foods from all around the world which are enjoyed by the millions of people who make up the multination population of London. The markets are also a wonderful place to visit for anyone who is interested in vintage cloths and arts and crafts including painting, embroidery and knitting to name a few. There are various markets for you to choose from to visit including famous ones such as Portobello Road, a world famous market selling antiques, jewellery, vintage cloths and bric-a-brac, Covent Garden, in the Market Hall where you can peruse the various stalls consisting of every kind of arts and crafts imaginable and Camden Lock which specialises in arts and crafts, jewellery, vintage clothing and food stalls. The market is made up of different courtyards and a Victorian market hall. Overnight at the hotel.

After breakfast you would have the chance to visit one of the most stunning stately homes in the country, Blenheim Palace, before enjoying a panoramic tour of the Cotswolds. Blenheim Palace is a masterpiece of English Baroque architecture and the birthplace of Sir Winston Churchill. Your tour, with a house guide, takes you around many of the beautiful rooms including stunning State Rooms which are brimming with priceless works of art and magnificent tapestries. The Palace is still inhabited today by the Duke of Marlborough who can sometimes be seen in the house and gardens including the wonderful water gardens. Once your tour of Blenheim Palace is over you rejoin your coach for a panoramic tour of the breathtaking Cotswolds. This region of outstanding natural beauty is characterised by attractive small towns and thatched villages of yellow Cotswold stone made prosperous by the historic wool trade. With a variety of different villages there is something to see around every corner of the Cotswolds. The magnificent high street in Burford slopes gently away to.

Another chance to take a tour out of London today which will give you the chance to enjoy a visit to Stonehenge at sunset on SIC basis. The tour starts as you are picked up from your hotel (subject to location of the hotel) and head west out of London, through the lovely country side to the city of Bath. This Georgian city, a world heritage site, is a beautiful Georgian city with delightful crescents, terraces and architecture. Through the ages many famous people, especially authors, have called Bath home including Charles Dickens and Jane Austin. In the Georgian era Bath was a very fashionable place to visit and many of the privileged classes took homes in the city which they visited every year for the season. You could spend some time visiting the magnificent Roman Baths which were only discovered in the 18th Century and have become the most popular visitor attraction in the city. The baths were in continuous use during the Roman occupation and over one million litres of water still burst free from the hot springs every day. Leaving Bath behind the tour continues to Lacock, a little known picturesque village dating back to the Saxon era. Many of the beautiful buildings originally formed part of an extensive monastic complex and are now owned by The National Trust. So pretty is the village that it has provided the setting for many movies and television dramas including Jane Austen’s Pride and Prejudice and more recently Harry Potter and the Philosophers Stone. You could enjoy a delightful walk before an early evening supper in The George Inn (supper not included), a vintage pub built in 1361. The final destination for the day is the mysterious Stonehenge which has been baffling scholars and scientists for thousands of years. Built nearly 5,000 years ago, Stonehenge is the most popular prehistoric monument in the world even pre dating the ancient Pyramids of Giza. Most visitors are unable to access the stones but your tour will allow you this rare privilege with a close up viewing of the mysterious monoliths as you enter the stone circle its self and stand beside the mighty Sarsen rocks towering above you. Your guide will explain the history of this ancient site, pointing out the alter, slaughter and heel stones above which the sun rises dramatically on the Summer Solstice. You will have time to enjoy the peace, away from the crowds as you experience Stonehenge at its mysterious best. Overnight at the hotel.

Another days sightseeing awaits you today, this time taking you to visit Kent also known as the Garden of England. The tour starts as you head out of London, through Greenwich, which is the home to the last tea clipper the Cutty Sark, the Royal Observatory and the Greenwich Meridian. The journey continues towards Maidstone and then Leeds Castle just south of this major town. Leeds Castle was described by Lord Conway as 'the loveliest castle in the world' and is set in the middle of a natural lake, surrounded by 500 acres of parkland and gardens. Experience its magic in an atmosphere of still tranquillity. There will also be time to explore the castle grounds where you will find the 'Lady Baillie Garden' with views over the lake, an aviary and maze. Travelling on through the Kent countryside the tour heads to Canterbury to visit the cathedral. This magnificent Cathedral is the most important church within the worldwide Anglican faith. The central 'Bell Harry Tower' dates back to 1498, and the crypt to the 11th Century. It is here where your guide will tell the story of the shocking murder of Archbishop Thomas Beckett in 1170 and there will also be time to explore the narrow streets of Canterbury. The final destination for the days tour, before heading back to London, is the seaside town of Dover and the magnificent White Cliffs made famous in the famous WWII song. From the top, on a clear day, it is possible to see the coast of France in the distance and watch the ferries taking people back and forth across the English Channel. You would also catch a glimpse of the iconic Dover Castle which stands above the town and played a significant role in the war effort. Overnight at the hotel.

Your last day in London and you would be able to spend the morning having a final look around the city and doing some last minute gift shopping. There are many famous shops in London for you to enjoy including Fortnum and Masons, Selfridges and, perhaps the most famous shop in the world, Harrods. You could spend some time having a look around the various floors, from the food hall at the bottom to the pet department at the top before heading to the Georgian Restaurant to enjoy Afternoon Tea. Overnight at the hotel.

Once breakfast is over our driver would be waiting at reception to assist you with your luggage before transferring you to the airport in time to catch your flight home.

Package price based on a minimum of 2 persons and includes: Single Occupancy
The price for single occupancy is only valid if: 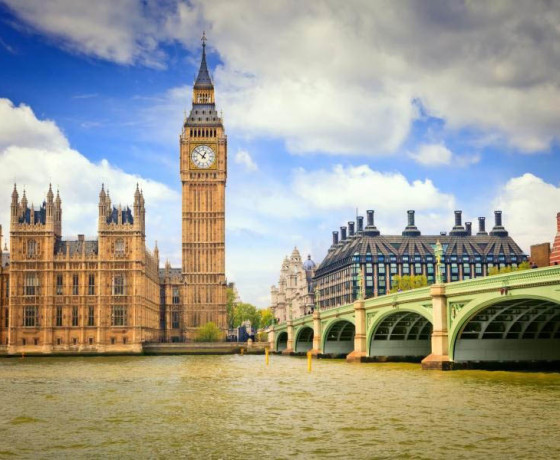 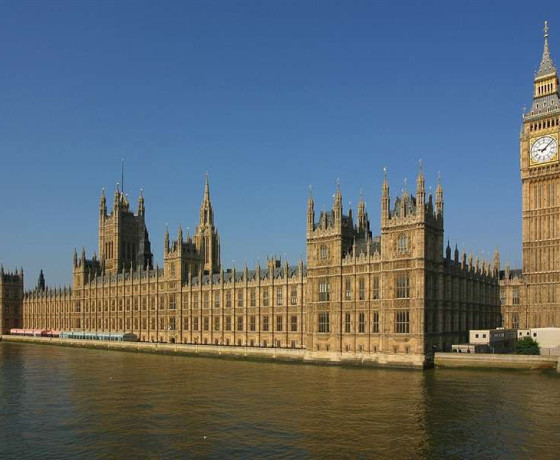 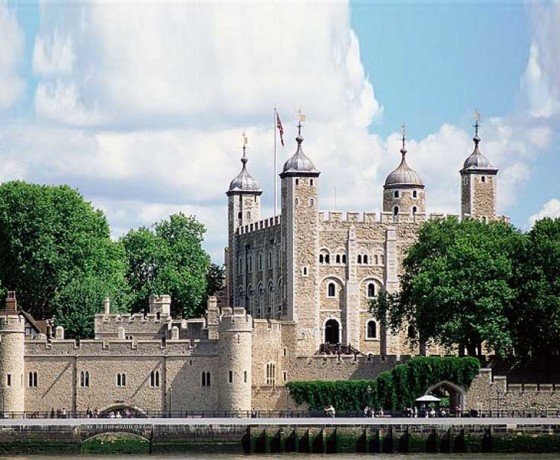 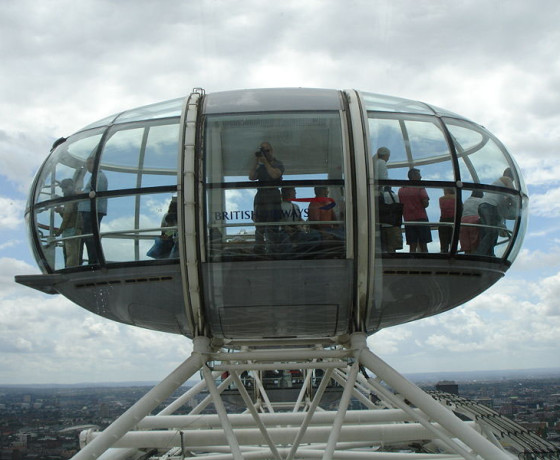 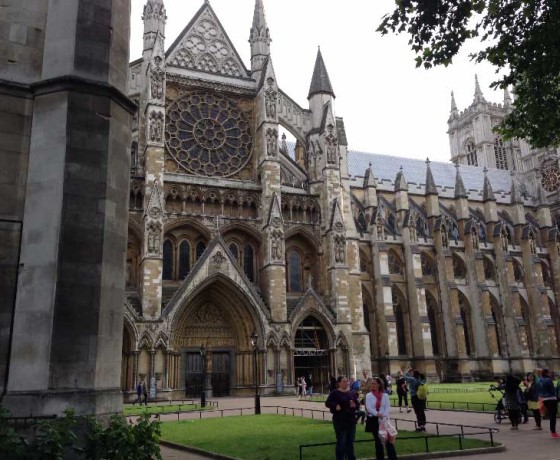 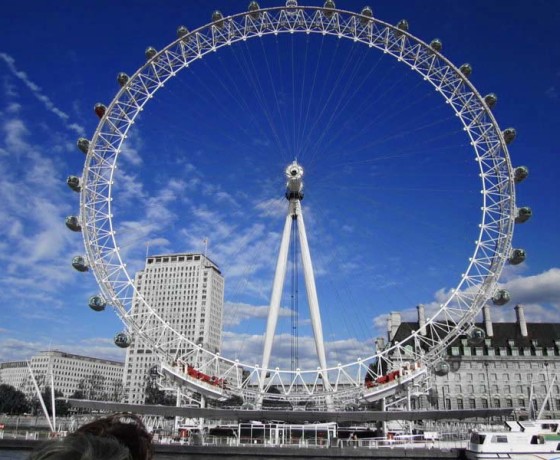 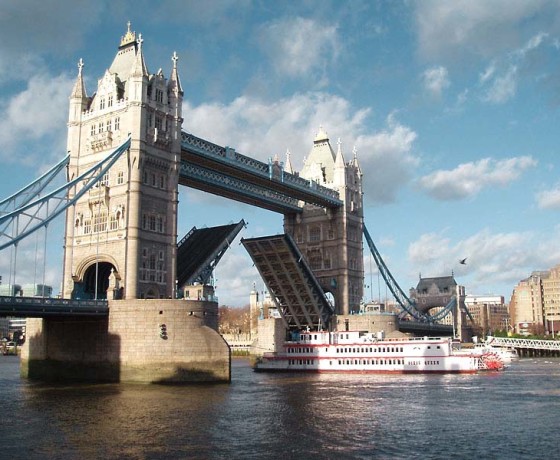