Duration
Price
Cities
KANHA (Madhya Pradesh)
Contact Us
Accommodation:
The cottages at Kipling Camp have an ‘Old World’ charm to them. One look at them transports you straight into the world of colonial forest bungalows, quaint yet one with nature. Cottages at Kipling Camp are comfortable two-to four-room cottages, each with its own verandah offering views of the Camp and around, its waterhole and the surrounding forest. Each room has its own tea and coffee making facilities, and tiled ensuite bathrooms with showers. Hot water bottles and heaters are provided in winters. Keeping to their environment conscious values, as the camp is open from mid-October to April when the temperature is comfortable hence there is no air conditioning. Since there is a good tree cover, the temperature at the camp is very comfortable during this period.

Dining and Amenities:
The ‘Shamiana’ not only lies in the center of the camp but is also the social hub for guests at the camp. It acts as the dining room, a library, a lounge as well as the bar. Keeping with the philosophy of “treading softly in the jungle”, the structure is largely open with a few well decorated walls and a tiled roof. Instead of the windows one has openings with large cushioned walls for one to sit on and take in the environment. There are also no doors in this structure.
All guests are welcomed with hot or cold towels when they arrive depending on the weather at the time. For those opting for jungle safaris in the morning, packed breakfast is carried on the jeeps along with tea and coffee. Those choosing to relax at the camp or explore other activities offered by the camp, breakfast is served on tables outside the Shamiana under the beautiful mahua tree. Lunch is usually Indian Cuisine and is served outside the Shamiana, where one can take in the natural beauty of the surrounding forest. Drinks in the evening can be enjoyed at the bar or under the trees outside the Shamiana. Dinner is mostly continental and is served inside the Shamiana. All guests and managers eat together on the same table, where they share their experiences. Separate tables can be set-up on special requests.
Activities and Excursions:
Apart from the daily safaris into Kanha National Park there are a variety of activities that one can participate in while at Kipling Camp.
Kanha National Park is a designated tiger reserve and lies spread between Mandla and Balaghat districts of Madhya Pradesh. Created on 1 June 1955, Kanha National Park today stretches over an area of 940 km². Together with a surrounding buffer zone of 1,067 sq. km, the neighboring 110 sq. km and the Phen Sanctuary it forms the Kanha Tiger Reserve , the largest National Park in Central India.
Key wildlife species in the park are – tiger, leopard, hard ground Barasingha, wild dogs, pangolin, honey badgers and the Chausingha. Kanha National Park is home to over 1000 species of flowering plants. The lowland forest is a mixture of sal and other mixed forest trees, interspersed with meadows. The highland forests are tropical moist dry deciduous type and of a completely different nature with bamboo on slopes. The Indian ghost tree can also be seen in the dense forest. The lush sal and bamboo forests, grassy meadows and ravines of Kanha provided inspiration to Rudyard Kipling for his famous novel "Jungle Book "

The park is divided into 5 zones
Kanha Zone:
This zone has sprawling meadows and a high tiger density thereby becoming a premium zone. Safaris to this zone are also priced higher than the other zone.

Kisli Zone:
The Kisli Zone has a few advantages as well. Firstly it is closer to Jabalpur along with many accommodation options. It is also much closer to entry gates of all zones except Mukki. It too offers good sightings of Tigers, Bison and Barasingha. Kisli is a good mix of Sal forest and open grasslands.

Mukki Zone:
Mukki is closer to Nagpur, Raipur and Pench Tiger Reserve. However, if you have safaris in other zones it might be quite a drive.

Sarhi Zone:
Sarhi is towards the north side of the park. Not as popular as the zones mentioned above however, the forests of Sarhi are quite spectacular.

Khatia Zone:
A large part of the Khatia zone is buffer forest; however, it’s a great place to see the herbivores and the leopard. Though the area also has tigers, sightings of the same are not as often as in Kanha, Kisli or Mukki zones.

Kipling Camp and its History
Kipling Camp is the perfect destination for those who wish to relax in idyllic surrounds and explore the remote forests and villages of central India. Established in 1982 by a family of conservationists on the edge of Kanha National Park, it is one of the first and finest wildlife camps in India with a solid conservation ethos and value based operations. The lodge lies adjoining a ‘fire line’ inside the buffer forest and because of the camp’s location and a waterhole on the property it attracts a large variety of birds and animals around the year.
The camp is owned and managed by Belinda Wright and her mother Anne Wright together with a team sourced from the local villages and volunteers personally trained by them.

Tara & other pets at the Camp:
Kipling Camp is full of Belinda’s pets which include dogs, chicken, pigeons, ducks, cats and an elephant. One can play all day with one or the other pet. However, the star of the show is Tara the elephant. One of the most popular activities is walking with Tara through the forest to the nearby stream. Here along with Tara’s mahout one can participate in scrubbing her down while she lies in the water. Be prepared to get wet as she likes to include all in fun & frolic in the water. This is truly a beautiful interaction with such a magnificent animal. 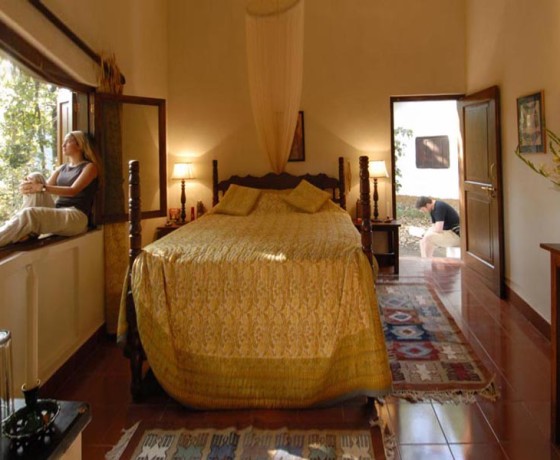 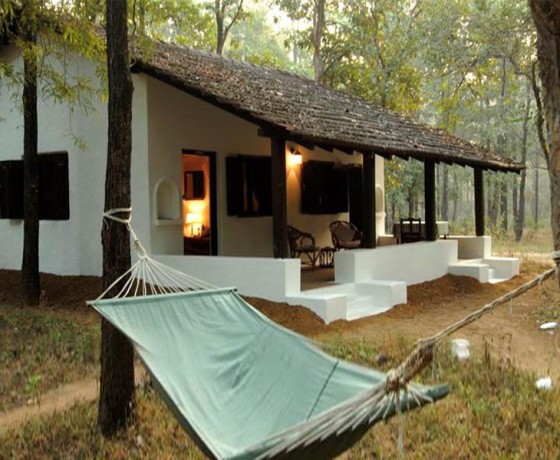 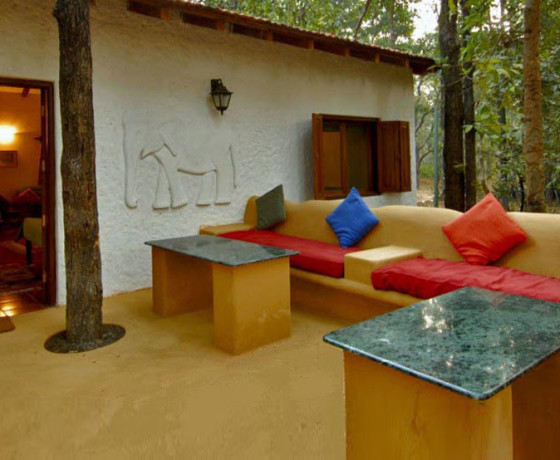